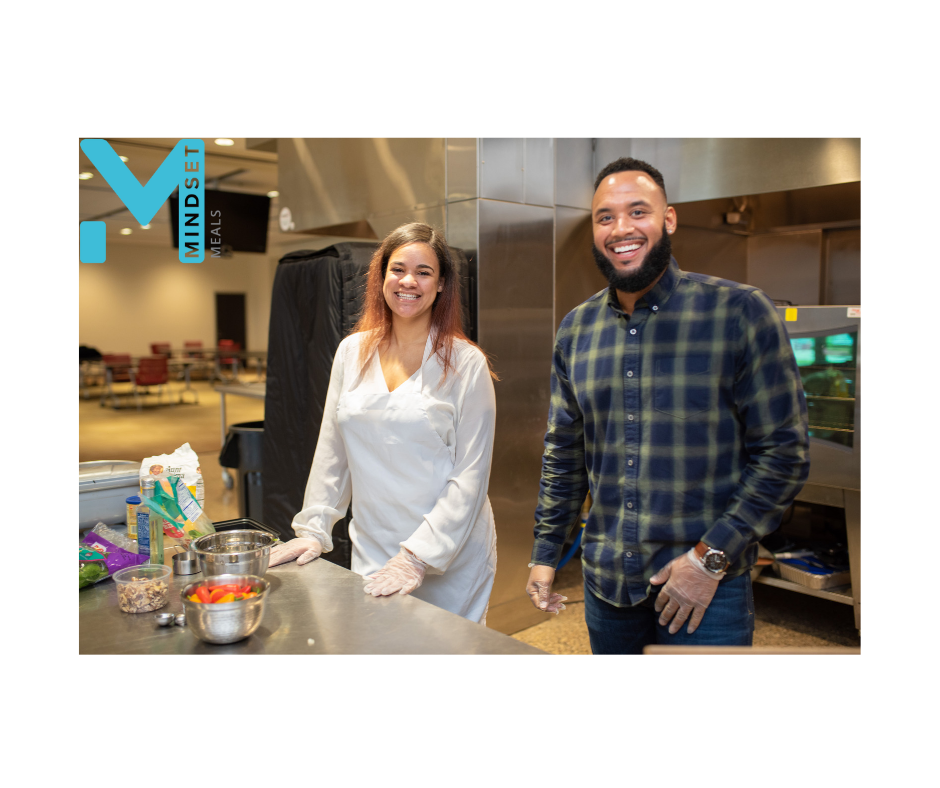 One small, upcoming business is trying to spread the message that a healthier mindset, starts with what you put into your body.

Before starting their business, Eric Freeman and Mallory Malloy first went through a lifestyle change of their own.

At 16 years old, Malloy became a mother to her son, Keith, who is now 13 years old. A junior at Creston High School, Malloy struggled to stay confident when all of her friends went off the college and she had to stay home and take care of her baby.

“They would come back to visit and they would tell me all of their college stories and I was just here,” Malloy said. “In my 20s, I kind of played the victim. I’m the one who put myself in that situation, so I had nobody to blame but myself, but I did. I blamed everyone else around me.”

Malloy worked and supported her family, which grew to four when she had her two daughters: Mariah, 8, and Malayah, 6. Her work ethic was strong, rising to a manager position at 18 years old, but her mindset was negative.

“It was a very abusive relationship,” Malloy said, of her daughters’ father. “I was depressed. My self confidence, of course, was low. I went through physical abuse, emotional abuse, verbal abuse. I just thought after everything I went through, having multiple kids, that I should just stay in this relationship. This was the best that I was going to get.”

Even after leaving that relationship, her mindset was still the same. What flipped for Malloy was when she went to the doctor, and realized she had gained weight and was not healthy. After watching the Netflix documentary “What the Health,” she went vegan for two months and is now pescatarian.

“I ended up feeling better about myself, my self-confidence went back up,” Malloy said. “I had a lot of family and friends tell me my personality, they didn’t know that side of me, so it just made me want to do better.”

Freeman, the other half of Mindset Meals, had to overcome a struggle of his own. At just 18 years old, he served some time in prison. That experience set him back almost a decade, lost and depressed without any motivation to move forward.

“It put me in a dark place for all of my 20s,” Freeman said. He worked in retail for a few years, and got his associate’s degree in business at Grand Rapids Community College before entering the world of entrepreneurship.

At 28, Freeman and a couple friends moved to Florida to start a meal prep company.

“When I got down there, it was just time to grow up, time to mature,” Freeman said. “And I was unhealthy… I just started eating better, eating healthier. I just started paying attention to what I was putting in my body.”

After changing his eating habits, Freeman started to pay attention to other parts of his life he wanted to change.

“First thing was patience,” Freeman said. “I had a short temper, and that was just due to circumstances and the way I was brought up. Then what got interesting was that I started to find things that I didn’t know I wanted to work on, and I started to watch Youtube videos… I started to meditate. I was just working on me.”

While he learned a lot in the big city of Miami, the startup eventually fell through. Freeman made his way back to Grand Rapids, where he and Malloy worked at the same retail store. Having worked together for years before, they already had a friendship as the foundation.

Freeman, bringing his business experience and passion, and Malloy, with her cooking talent and health kick, combined to eventually create Mindset Meals.

To start, they did a beta test with five clients to try the meals. Malloy initially made 35 meals for her first menu, so each client tried a wide variety. She makes dishes like chicken shawarma with quinoa, buffalo turkey meatballs and protein pancakes.

“We were looking for things to work on and constructive criticism,” Malloy said. “It kind of rolled into, let’s do this again.”

Malloy and Freeman won $500 through a program at SpringGR. Then, they won $5,000 at the Start Garden 5×5 Competition in June, a monthly pitch competition where five entrepreneurs present their business in five minutes, with a chance of winning $5,000.

Riding on that wave, Mindset Meals was one of the 100 Ideas for Start Garden’s Demo Day in August. While they weren’t one of the 10 winners, hundreds of people walked by their booth that day and tried their vegan gumbo.

“It hurt a little bit, of course,” Malloy said. “But, the next morning, we have to wake up, we’ve got meetings, let’s go.”

The end goal is for Mindset Meals to be more than a meal company. Freeman and Malloy want to start a “mindset movement.” There will also be Mindset Sessions, a workout and fitness program, Mindset Mingles, a podcast and Mindset Mentors, helping children have a healthy mindset – all under the umbrella of the Mindset Movement.

“The main thing is the impact we’re about to make,” Freeman said. “A legacy is what we’re trying to leave. We’ve already left enough bad stuff.”