What a local advocacy organization is doing to support black entrepreneurs

Jamiel Robinson is the founder of GRABB – Grand Rapids Area Black Businesses – an organization that supports and assists black business owners and entrepreneurs in West Michigan. Starting off as a directory for black owned businesses in the area, the social enterprise has now grown to support over 80 businesses in the area and hosts eight various initiatives that support black business and economic development.

Robinson said he was born and raised in Grand Rapids to a family of business and property owners and entrepreneurs.

“My grandfather and my uncle were business folks in the city,” Robinson said. “From little, small corner stores to the barbershop, and then also being landlords and property owners.”

Being the next generation, and seeing the high rates of poverty facing black people and other people of color in this city, Robinson wanted to do something about it.

That’s how he began planning GRABB in 2012, and officially launched the organization in 2013.

In a 2015 article in Forbes Magazine, Grand Rapids was ranked the second worst place in the U.S. for African-Americans. In the article, the city is referenced as an old, industrial town that was one of the first places black people moved to from the south during the Great Migration. Now, in those towns – like Milwaukee, Cincinnati and Pittsburg – black people earn, on average $10,000 to $15,000 less than their counterparts in Atlanta, and self-employment is half what it is in Atlanta, and other successful cities. The data may have changed slightly in a few years, but Robinson agreed that the issue existed long before the article, and still exists today.

“The vast majority of us in the African-American community didn’t need Forbes to validate that,” Robinson said. “We already knew the conditions, it just wasn’t put out in a major publication.”

GRABB started as a directory, answering Robinson’s question of: where exactly are the black businesses in GR? The directory was online and featured about 70 different businesses, and still exists today at www.grabblocal.com. There, you can also view a Google Map that pins all the businesses in the area. 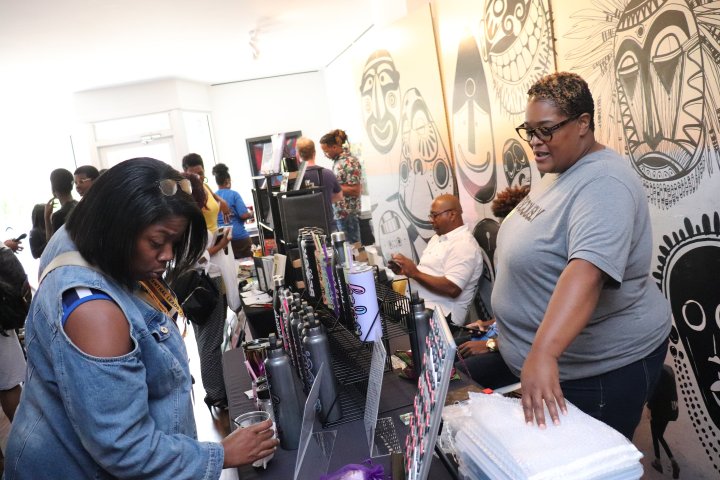 One of the biggest things businesses need help getting, especially at first, is capital. In the business world, “capital” essentially means “cash.” It’s whatever money or profit a business is left after all expenses. Robinson said some businesses will come to GRABB with the issue of not having a lot of capital; essentially keeping the business alive month to month, but not having any additional funds.

“We see a lot of businesses that will go out of business from being undercapitalized,” Robinson said. “That speaks to the issue of access to capital. So, can you access the capital you need, when you need it? We’re working with banks and the city and other folks on how do we make capital more accessible, especially to black entrepreneurs.”

Robinson said it’s been proven time and time again that black businesses have a harder time accessing capital, which gives him more of a reason to be an advocate. Since GRABB started their efforts, Robinson said the city has started to pay more attention to business owners of color in general.

“We’re making sure that the programs and these systems are working correctly,” Robinson said.

In many ways, GRABB works as an advocate and representative for businesses that are trying to get a loan, or other vital business contracts and decisions. When someone else is there to advocate and defend, the system is more likely to work in the people’s favor.

“So those are just some of the ways we’ve been able to help businesses and change the climate here in the city,” he said. “Since we’ve been around, we’ve seen a shift.” 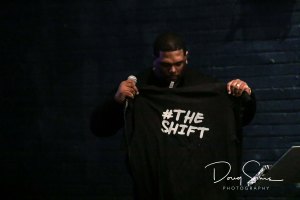 One of the most recent events hosted by GRABB was the second annual #TheShift Summit. Robinson coined #TheShift as being the “changing of realities within the black community.” The annual summit is held to celebrate black business and provide educational information and networking opportunities for current and future black business owners. This is just one of the ways that GRABB is working within the community and retaining members.

To learn more and to get involved, visit www.grabblocal.com.